City’s about face on rentals 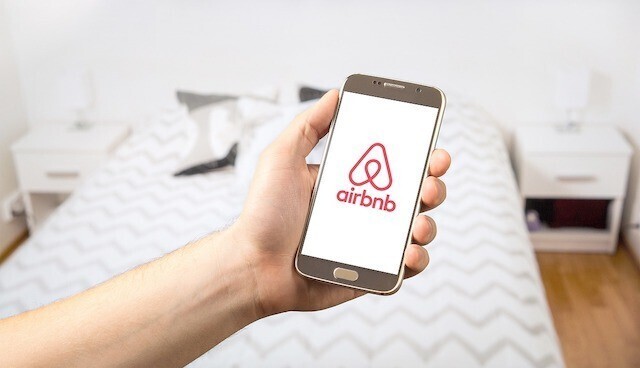 The City of West Kelowna has done a complete 180-degree turn when it comes to a new bylaw regulating short-term rentals.

During a public hearing last month, city council heard loud and clear from residents who were vehemently opposed to provisions which would restrict short-term rentals on property which already included a secondary suite or carriage home.

The bed and breakfast industry was also up in arms over wording that would lump them in with short-term rentals, thus restricting the way they currently operate.

City council had narrowly adopted those provisions at second reading prior to the public hearing, but made it clear after hearing from the public they wished to see what a set of bylaws would look like without those restrictions.

During a lengthy presentation and discussion, council moved away from both points and asked staff to craft a new set of bylaws.

“My concern initially was we would lose some long-term rentals,” said Mayor Gord Milsom, who initially voted in favour of restrictions on carriage homes and secondary suites.

“I understand we have to find a balance, and it’s not right to put the responsibility of long-term rentals on the backs of secondary suite owners.”

Council also agreed to change the categories of short-term rentals away from minor and major, as well as to look at setting a cap on the number of rentals allowed within the city.

“We are stewards to protecting this community…and I am concerned about losing the residential aspect of our neighbourhoods,” said Coun. Rick de Jong.

“I do want to send a message we won’t be a free-for-all.”

Council voted 6-1 to allow staff to bring back the concept a cap back to council after the initial intake of applications has taken place.

Council will now be tasked with rescinding second reading of the current bylaw proposal and bringing forward a revised bylaw. A second public hearing will also be required.

The City of West Kelowna will go to the public next week with a series of proposed regulations around legalizing short-term rentals.

Director of development services Mark Koch outlined a series of licensing, rezoning and enforcement regulations to council Tuesday which could form the basis of a new bylaw regulating short-term rentals within the city.

The guidelines, Koch says, were taken from a number of regulations currently in place in a number of Okanagan communities such as Kelowna, Lake Country and Penticton, as well as other resort communities around the province including Pemberton, Squamish and Tofino.

Included within the proposed regulations:

The city would also step up enforcement of any new bylaws with fines ranging from $100 to $1,000. Koch says those would be incremental for repeat offenders, and would be applied each day a property was not in compliance with the bylaws.

As of July, there were more than 400 illegal short-term rentals advertised within West Kelowna. Once licensing is required, Koch says that number could drop to about 100 based on the drop off Kelowna experienced once it required short-term properties to get a license two years ago.

Some councillors voiced concern over the perceived lack of a level playing field between short term rentals and bed and breakfasts in the community, noting that B & B’s allow for eight occupants and up to four bedrooms.

There was also agreement that enforcement will have to be a key component of any new bylaw regulating the industry.

Following public and stakeholder consultation, a refined set of regulations will be presented to council for endorsement sometime in February.

The city hopes to have its new regulations in place in time for the start of the rental season in early spring.

West Kelowna council has put off a discussion on short-term rentals within the city until a future meeting.

The topic was to have been discussed Tuesday evening, however, at the urging of Mayor Gord Milsom, was postponed due to an already full agenda.

“It’s going to be a lengthy conversation. I think it’s important we have very clear minds when we discuss it,” said Milsom.

“I guess the use of short-term rentals will be less in two or three weeks time after the September long weekend. In the meantime, we ensure our enforcement carries on in term or complaints we receive with regards to short-term rentals that are causing problems in our neighbourhoods.”

Short-term rentals have always been illegal within the city, but, a quick check of online portals such as Airbnb or VRBO, show at least 300 homes available to use at any one time.

Many residents within the city have complained about what they call nuisance rentals, demanding the city take action to shut them down.

One neighbourhood on Pinot Noir Drive have recently spoken out about a Vancouver owner who has several homes he rents. They have started a petition to urge the city to do something.

Coun. Doug Findlater called the issue complex, saying a lot of consultation will be needed before the city can move forward.

“There are quite a number of members of the public, of residents who are afflicted with these things being next door and on their street. They are looking for leadership on council. I don’t think council can solve the problem, pass a motion and close every party house tonight,” said Findlater.

CAO Paul Gipps said the city will be taking a proactive approach, especially leading into the Labour Day long weekend.

“I’ll make sure we (bylaw) are fully staffed,” he said.

Gipps also admitted there is one home in particular with up to 15 fines, which prompted Coun. Jason Zilkie to wonder if the city had the ability to put a lock on a home, similar to towing a vehicle for numerous unpaid parking tickets.

“There has got to be a tipping point,” he said, “where we just say, you’re done.”

Gipps said there are a variety of tools the city can use, but with COVID-19, a number of those are tough to use because it is difficult to get into court.

“In the meantime, we are going to look at a couple of other measures, but I don’t want to tip my hand right now.” said Gipps.