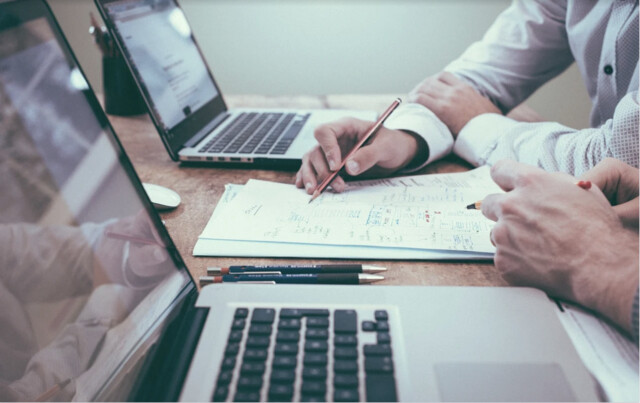 Local businesses throughout the Okanagan-SImilkameen areas were awarded over $1.7 million through the Regional Relief and Recovery Fund from the Community Futures Okanagan Similkameen.

The program focuses on helping organizations get back on their feet after COVID-19’s significant economic effects. Hoping to improve the business’s success by mitigating financial pressures, continuing payroll for employees and supporting projects to move forward the recovery process.

“Throughout the pandemic, our staff have had an incredible, busy time evaluating and approving applications,” said Charles Cornell, general manager in a press release. “It is so rewarding to be able to support so many local businesses.”

“The businesses represent all sectors of industry, half are owned by women, as well as several owned by youth & entrepreneurs with disabilities,” Cornell said. “In our region, the RRRF program is supporting businesses that collectively employ more than 204 people.”

Community Futures Okanagan Similkameen still has applications open for available funds for a few more business owners in the region who are struggling due to the pandemic. More information and how to apply online is available on their website.

So you’re getting a mortgage, but which one is right for you? Your first important choice will be between a fixed-rate mortgage or variable-rate mortgage. Unlike some decisions⁠ — such as floorboards versus deep pile carpet⁠ — there’s no universally correct answer. To decide which suits you, there are several factors to consider.

Here’s what you need to know to make the right choice.

What are fixed-rate mortgages?

Fixed-rate mortgages are what they say on the box — your rate and monthly payments remain the same throughout your mortgage term. Once your term is up, you’ll need to renew with a new rate, term and possibly even a new lender.

Mortgage terms typically last from one to 10 years, with the most popular being five years. That’s why most mortgage rates in Canada are advertised for five-year terms. Your mortgage term is different from the amortization period, which is the total amount of time you have to pay off of your entire mortgage, generally 25 to 30 years.

With fixed-rate mortgages, your payments will be steady for your entire term. Using Ratehub.ca’s mortgage calculator, here’s what your monthly payments would be like if you got a five-year fixed mortgage rate for a $600,000 home, with a 20-per-cent down payment and a 25-year amortization period.

What are variable-rate mortgages?

With variable-rate mortgages, your rate fluctuates with the market because it’s tied to your lender’s prime rate. The prime rate is the “standard” lending rate set for loans by your lender. Variable rates are expressed as prime plus or minus some percentage, such as prime -1 per cent. Even if the prime rate changes during the term of your mortgage, your rate’s relationship to prime will stay constant.

As an example, let’s compare the cost of a five-year variable-rate mortgage, versus a 3 per cent fixed-rate mortgage. In this example, we’ll use a $600,000 home, a 20-per-cent down payment and a 25-year amortization period

For example, let’s say you had a variable-rate mortgage with a monthly payment of $2,000: $1,000 towards interest and $1,000 paying down the principal. If rates drop, you’ll still pay $2,000 overall, but the interest portion will decrease, to $800 for example. The additional $200 will be shifted towards your principal and help pay off your mortgage sooner.

It really depends on your financial situation, comfort with risk and current market conditions. Fixed-rate mortgages are significantly more popular, but that doesn’t mean they’re right for you. Here are some things to consider:

Appetite for risk: Fixed rates are generally safer. By guaranteeing your rate, your lender takes on the risk of rate increases. Variable rates can save or cost you money, depending on how the prime rate changes. If you’re comfortable with more risk, or think you know where rates are headed, variable rates could be a good option.

Mortgage term: Things might change over the life of your mortgage. While high interest rates seem unlikely today, that could change within 25 years. Also consider changes in your own life. Having a child, getting married or taking on debt will seriously impact your finances. If big changes are on the horizon, fixed rates can provide stability during the term of your mortgage.

Financially speaking, the differences between variable- and fixed-rate mortgages are relatively minor, barring unforeseen market shakeups. If you’re worried about increasing rates, it’s hard to go wrong with fixed rates. In the rare occasions when fixed rates are actually lower than variable rates, then it’s definitely the way to go. Just make sure you shop around for the best deal, and always negotiate when you renew your mortgage — but that’s a story for another time!