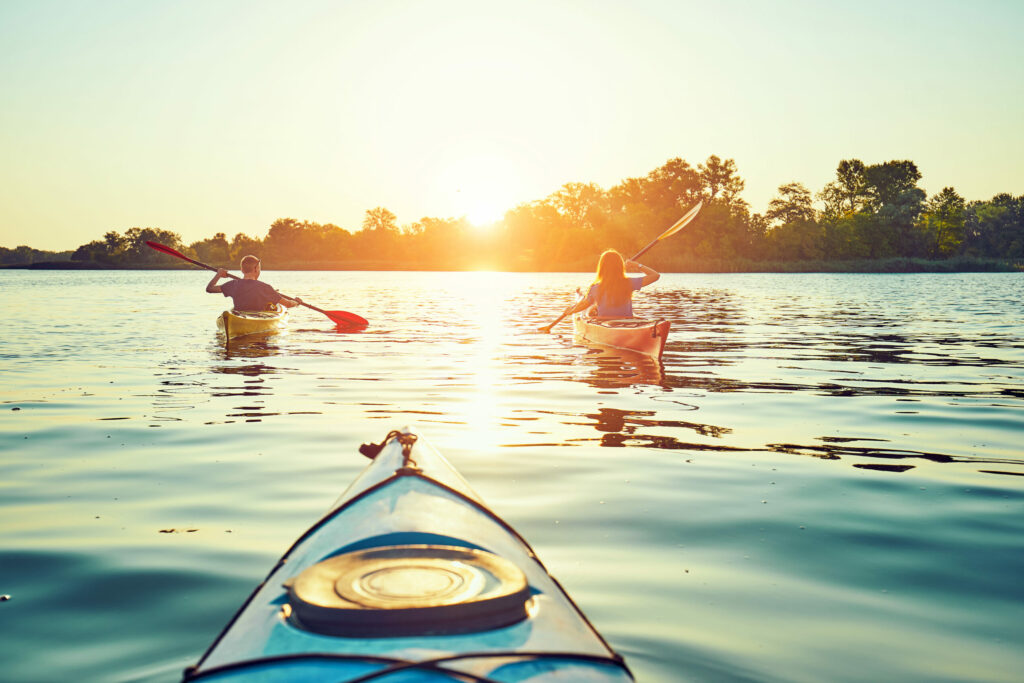 As thousands of Canadians make their way to cottage country this May long weekend – the unofficial start of summer – many will be on the hunt for a recreational property to call their own. If you’re one of them, you may be curious to know what’s new since the release of the Royal LePage Spring Recreational Property Report in March of this year. We checked in with our real estate experts in some of the most popular cottage regions across the country to understand the latest market trends, and to find out what we can expect this season.

In the Regional County Municipality of Pays-d’en-Haut in the Laurentians, single-family home sales were down 38% in the months of March and April, 2022, compared to the same period last year, due to the supply shortage. In April, active listings in the single-family segment dropped by more than 18% year-over-year. Éric Léger, real estate broker, Royal LePage Humania, says that 26 months into the pandemic, demand for real estate remains strong, even if less so than the spring of 2021.

“Properties priced below $500,000 continue to attract multiple offers,” he said. “There are still a large number of experienced buyers in the market prepared to compete. But, for first-time buyers, the challenge remains and some have been priced out due to high home ownership costs.”

In the Regional County Municipality of Memphrémagog, strong demand continues to outstrip supply. Single-family home sales were down 27% in the months of March and April, 2022, compared to the same period last year. Dan Coutu, real estate broker, Royal LePage Au Sommet in Estrie, says there has been a slight uptick in inventory in recent weeks.

“New inventory is being added for all property types, which could help to alleviate some of the competition in the market, although it is unlikely there will be enough supply to have a significant impact on prices in the short-term,” he said. “Buyers with a budget of less than $700,000 will have to compromise on something, including moving further out to find an affordable property close to the water.”

As reported in March, the median price of a single-family home in Southern Georgian Bay – which includes Collingwood, Meaford, Wasaga Beach and Thornbury – was 27.5% higher in 2021 than the year prior. Desmond von Teichman, broker, Royal LePage Locations North, says home prices are continuing to rise despite lower activity levels at the start of the spring market.

“So far in 2022, total sales in the region are down 25% compared to the same period last year, but prices are up almost 30%. Compared to an average pre-pandemic year, however, sales remain well above the norm. Even with less demand than last year, there is still not enough supply to satisfy all those in search of a home in Southern Georgian Bay, be it a vacation property or a primary residence,” he said, adding that open houses have once again become popular. Royal LePage expects demand will continue to outstrip supply this year.

As reported in March, the median price of a single-family home in Muskoka was 49.0% higher in 2021 than the year prior, while waterfront properties were up 28.7%. John O’Rourke, broker, Royal LePage Lakes of Muskoka, says home prices in the region are continuing to rise as a chronic shortage of waterfront homes continues to create tight competition for buyers.

“While the rise in interest rates, the high price of gas and other consumer goods, and a general sense of fatigue have reduced the number of buyers in the market, at least for the time being, we remain firmly in a seller’s market. In the first four months of 2022, waterfront property sales were down 58% compared to the same time last year. However, an attractive waterfront property is still going to sell at a premium. Educated buyers who are serious about owning in Muskoka are willing to pay top dollar. I don’t expect that to change,” he said. O’Rourke noted that the months of inventory was four times higher in April than the same month last year, indicating an eventual return to a more balanced market.

As reported in March, the median price of a single-family home in Canmore was 32.7% higher in 2021 than the year prior. Brad Hawker, associate broker, Royal LePage Solutions, says current demand remains strong in the region, which continues to be extremely popular with buyers from all across the country, since the start of the pandemic.

“In the first four months of 2022, sales in Canmore were approximately 35% higher than an average year, but compared to the record-setting 2021 figures, sales were actually down 39%.This is due in large part to a drop in active inventory,” he said. Hawker noted that low supply is continuing to drive strong competition in the market, resulting in many homes still selling in multiple-offer scenarios, above the asking price; fewer, however, than during the peak in February and early March. Royal LePage expects home prices will continue to rise through the remainder of 2022.

As reported in March, the median price of a single-family home in Central Okanagan was 22.2% higher in 2021 than the year prior, while waterfront properties were up 20.2%. Francis Braam, broker, Royal LePage Kelowna, says that market activity is now beginning to return to pre-pandemic levels.

“Although supply shortages continue to challenge buyers across the region, inventory was up 8% year-over-year in April. Demand has reduced in recent months due to rising interest rates as well as buyer fatigue. And, some buyers are taking a ‘wait and see’ approach, in the unlikely event that prices drop significantly. In April, unit sales were down 35% compared to the same month last year,” he said. Royal LePage expects home prices to hold steady, and that activity in the condominium market will remain popular among buyers looking for vacation properties that can be rented out.

For price data in these and many other recreational regions across the country, use the links below to read the Royal LePage Spring Recreational Property Report and price chart.