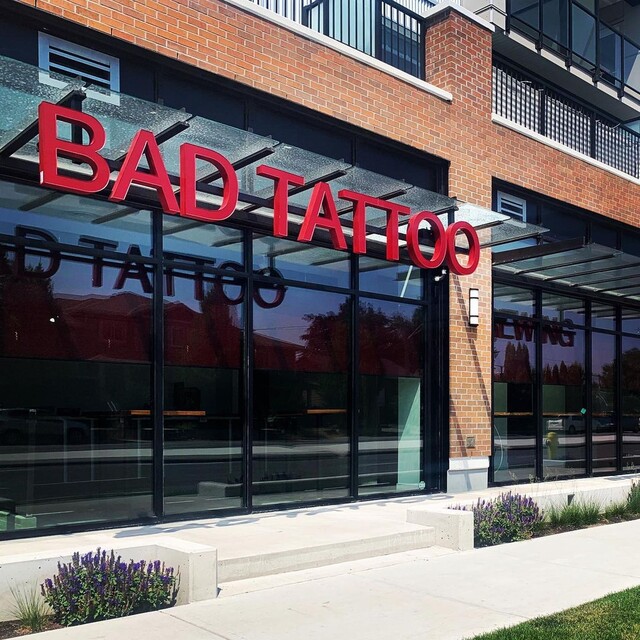 Bad Tattoo Brewing has been an Okanagan staple, starting Penticton and now expanding into Kelowna’s new north-end brewery district, with a 1,000-square-foot patio.

The Brewer has been open for a few days as they work the kinks out and get their new staff and systems sorted.

Bad Tattoo is well known for its thin-crust forno pizza and unique brands of beer, they’ve been on a so-called “soft opening’ for the past few days but are now officially ready to welcome you.

“We look at Kelowna as one of our largest beer markets at the moment. It just seemed like the natural place to expand, with how fast Kelowna is growing we were really lucky to find an ideal location,” said Bad Tattoo owner Lee Agur.

Bad Tattoo Brewing opened its Penticton location at 169 Estabrook Ave in 2014 and quickly became one of the most popular restaurants in the city.

Agur says the Kelowna location will follow the themes of their Penticton flagship, with the simple but unbeatable combination of craft beer and rock-oven pizza on the menu.