Skip to primary content
Skip to secondary content
VICTORIA – Assessed values of properties in British Columbia are up again, but the pricey Vancouver area has been upstaged by small towns where value estimates rose by more than 40 per cent.

Data posted on the BC Assessment website this week shows market value as of July 1, 2021, increased more than 40 per cent in the communities of Hope, Port Alberni, Lake Cowichan and other rural areas, while Vancouver was up 16 per cent.

Condos and townhomes in Vancouver showed even lower assessed values at seven per cent, rising from an average assessed value of $711,000 in July 2020 to $759,000 last July.

“Most of the province is up, but when you get outside of the Lower Mainland, it’s the smaller towns where it’s up most it seems,” Bryan Murao, BC Assessment’s deputy assessor, said in an interview on Tuesday.

The 16 per cent increase in a single-family home in Vancouver raised the average value to almost $2 million, but assessed property values soared in suburban communities further east, he said.

Assessed single-family home values were up 39 per cent in Langley, 38 per cent in Abbotsford and 40 per cent in Chilliwack, Murao said.

“Throughout the rest of the province, what we saw is a lot of the single-family homes in smaller communities actually were up quite a bit as well,” he said.

In Port Alberni, on Vancouver Island, property assessments were up 47 per cent and increased 48 per cent in Keremeos in the Interior.

BC Assessment officials appraise property values and are not economists, but Murao said during the ongoing COVID-19 pandemic they are anecdotally seeing people leaving the cities to work remotely or retire in communities where homes are more affordable.

“There’s a little more of an opportunity for people to work from wherever now,” he said. “You don’t need to be in a specific place to work in a lot of jobs. I think that’s opened up opportunities for a lot of people to move throughout the province,” he said.

The movement of people to smaller communities appears to be a nationwide trend, said Murao.

The change has resulted in higher property values in B.C.’s smaller towns and rural areas as more people look for homes outside of the Vancouver area, he said.

“You can’t perfectly predict what the impact on property taxation is going to be, but for the most part really what’s important is how your property changed relative to other residential properties within that same taxing jurisdiction,” he said.

The assessed value of an average home in Penticton rose by 33% last year.

An electrician from Penticton is looking to purchase his first home but he and his partner are finding the options in the South Okanagan are very limited.

Jared Mamic and his partner work full-time and they have no children.

Despite having a decent dual-income and no significant debt, the bank has only pre-approved the couple for a mortgage that can’t afford much more than a condo or mobile home. Mamic – who’s been a resident of Penticton for the past six years – said the best house he can afford is 700 square feet and over 80 years old.

“You spend five, six years saving money to buy a house and then all you can afford is a one-bedroom for half a million,” he said.

The couple hopes to eventually own property in Penticton. But their first home is probably going to be in Prince George, as they’re waiting for the bank to finalize an offer they made that was accepted by the seller.

“It was a no brainer to me – it was either a full-sized house in Prince George or a little cottage in Penticton,” Mamic said.

The cost of property throughout the Okanagan is rising rapidly. The assessed value of homes in Penticton rose by one-third from 2020 to 2021.

Real estate agent Jesse Chapman of Chapman Real Estate has a few ideas as to why prices are rising at such steep rate, and he believes COVID has been the main driver.

“Everybody’s getting out of the coast,” he said. “Now that more people can work remotely, they can work somewhere more rural.”

Also, with the last wave of Baby Boomers reaching retirement age, Chapman expects their habits will continue to drive the market for the next 10 years or so. Similar to remote workers, retirees who want to escape big cities seem to like the Okanagan.

For investors, there is a more attractive cap rate in the Okanagan compared to the Lower Mainland, he said, adding that low interest rates are also a contributing factor.

“Money is very cheap to borrow right now, we’re circling around 2% for mortgage rates… Once that number gets up to 2.4% we’ll see a lot less people wanting to buy,” Chapman said.

He doesn’t expect mortgage rates to rise to that level for at least a year. And since a federal election was just held three months ago he doesn’t expect any sudden changes in fiscal policy.

In 2007, he remembers local property values rising at an even steeper rate than they did over the past year. That previous run was followed by the global financial crisis.

However, there is more regulation now compared to 2007 so Chapman doesn’t expect the next corrections to be nearly as severe.

The best place for first-time buyers to look may be in Okanagan Falls, Chapman said, as the lower cost of land allows for cheaper pricing and there seems to be an appetite to develop. He predicts a housing boom to begin there within the next year or so.

Penticton’s MP Richard Cannings has also noticed more folks moving into the South Okanagan from metropolises, and he suspects Vancouver’s hot housing market is spilling into the Okanagan.

“People want to get away from COVID. They’re coming here because they want easy access to the outdoors, and far more people are able to work from home,” he said.

Another reason prices seem to be rising so fast is because big businesses are investing more heavily in real estate, he said.

But while the ability to purchase and own property is becoming further out of reach for average income earners, Cannings is more worried about people who don’t even have a place to rent. He said many newly homeless people are on the streets because they are unable to find or afford housing.

The number of housing rentals in most markets were been reduced by the advent of Air B&B, he said, and added it’s common to hear about residents getting evicted for renovations.

But he feels like there hasn’t been enough relief for those who rely on the dwindling rental market.

And like most cities in the Okanagan – places where tourists like to vacation – many of the houses in Penticton are not primary residences.

“We need to find ways to deal with that issue in our area,” he said.

Sticking with a promise the NDP made in the 2021 Federal Election, Cannings said the best solution the federal government could provide is to invest in 500,000 units of affordable housing throughout Canada.

Some employers in Cannings’ riding of South Okanagan-West Kootenay told him they’ve purchased properties specifically to rent out to their employees, as the housing crunch was preventing them from attracting workers.

According to recent stats from U-Haul, Penticton ranked 21st among Canadian cities for the greatest number of move-ins. One-way truck rentals to Penticton in 2021 increased by 30% compared to 2020, while one-way departures only increased by 19%.

Kamloops and Kelowna/West Kelowna also made it onto U-Haul’s list of cities with the most growth, ranking 11th and sixth respectively. 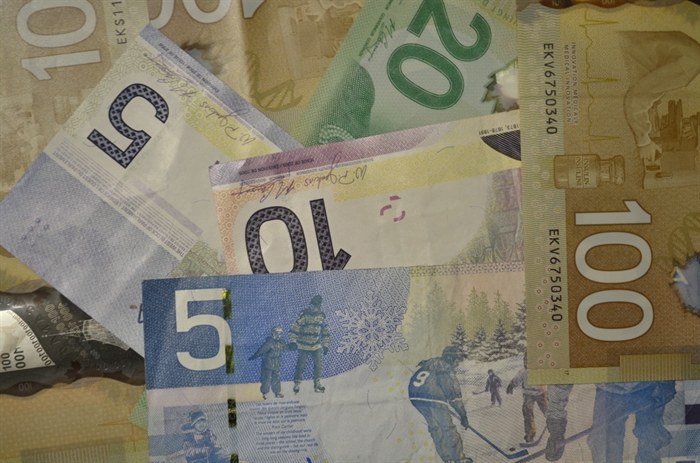 The cost of buying a home in Canada continues to grow more and more out of reach for Canadians, according to a new report on home affordability by the National Bank of Canada.

A representative household now needs to spend 45 per cent of its income on mortgage payments, the report says.

The report looked at only 10 housing markets in the country to determine a number of factors like income levels required to support home prices. Vancouver tops the entire country, where a household income of $252,877 is required to service a mortgage on a representative home.

The report doesn’t include Kamloops or the Okanagan, but comparative numbers can be extrapolated.

For example, the typical single-family house is about the same price in Victoria as in the Central Okanagan.

In order to afford the Victoria house, the buyer or buyers need to have an annual income of $190,678 and it would take 116.7 months of saving 10 per cent of their incomes in order to accumulate a $70,921 downpayment.

The costs would not be much different in the Central Okanagan.

The South Okanagan does not determine a benchmark or typical house price but uses average prices. A single-family home there sells for $779,537.

Nationally, the decline in housing affordability in the second quarter of the year is the steepest drop since 1994, the National Bank report says.

It is also a reversal from recent trends.

“Income growth and lower interest rates were conducive to improving affordability for most of the past two years,” the report says. “That is no longer the case in 2021, as income growth is being easily outpaced by home price increases, while mortgage interest rates also rose on a quarterly basis.”

On the plus side, interest rates have edged downward in recent weeks and there has been some price modification in some parts of the county, but not in Kamloops or the Okanagan.

Prices increased, nationally, by 5.9 per cent during the second quarter of the year.

The full report can be seen here.