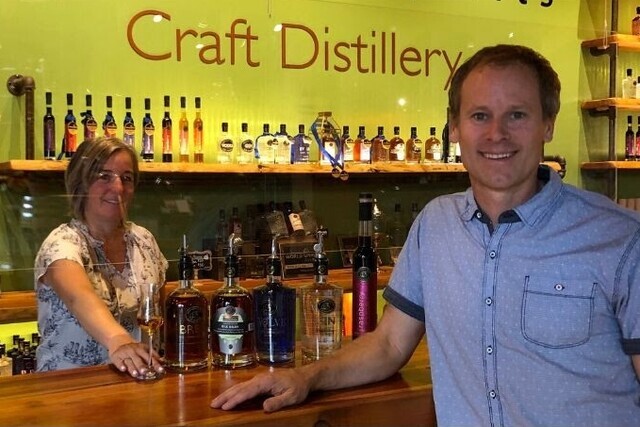 B.C. distillers are calling for swift action from the federal government to match American tax reforms.

The U.S. Craft Beverage Modernization Tax Reform Act was recently passed south of the border, which began as a temporary measure but is now permanent. It decreases the excise rate on the first 100,000 proof gallons of produced spirits per distillery.

“The plan worked so well south of the border, that it has now been made permanent,” says Tyler Dyck, president of the Craft Distiller’s Guild of B.C. and co-owner of Okanagan Spirits Craft Distillery. “Over the last three years, it has led to thousands of new distilleries popping up all across the U.S., with hundreds of thousands of jobs created and has been a massive boon for the U.S. agricultural sector.”

Now, Canadian distillers are urging the federal government to match the program in hopes that Canada will see the same growth as the United States.

“First, it will lead to the creation of tens of thousands of jobs, mirroring the positive effects already proven to work in the U.S., and second, if they do not match the U.S. CBMTRA, they will be holding Canadians at a cross-border trade disadvantage with our U.S. counterparts,” says Dyck. “All we are asking for is balancing the playing field for ‘Made in Canada’ and that the Canadian government allow Canadian industry and innovation to power our economy in the post-COVID reality.”

The guild has penned two letters to federal Finance Minister Chrystia Freeland regarding its concerns.

“This massive cross-border tax excise imbalance has essentially made it impossible for the Canadian domestic distilling industry to compete and has stunted our domestic distillery and agricultural sector growth potential,” states Dyck’s letter.

Okanagan Spirits, based in Vernon, has spent over $500,000 of its own money during the pandemic to supply free hand sanitizer to frontline and health care workers.

Earlier this month, it was revealed that the federal government had paid $375 million to bring in hand sanitizer from other countries, shutting out Canadian distilleries.