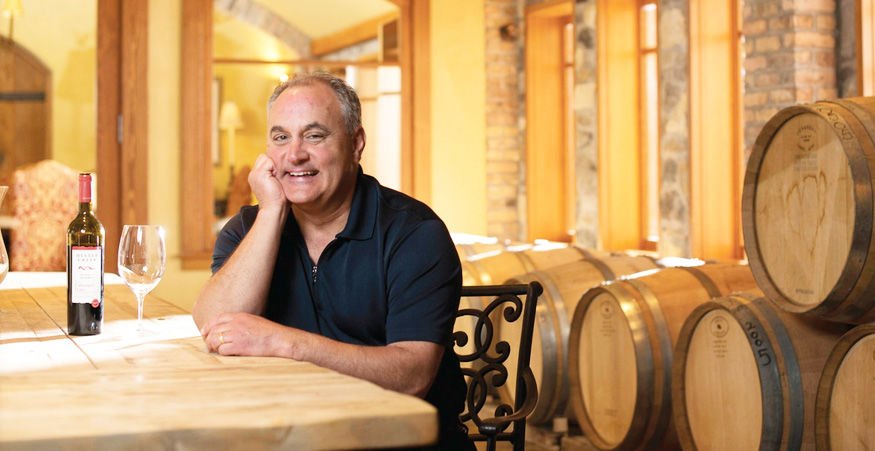 This weekend’s frigid weather will have you reaching for a glass of red.

Harper’s Trail is one of only five wineries in Kamloops and capitalizes on its terroir of dry rolling hills of sage and dry grass along the South Thompson River.

Hot summers contribute to concentrated fruit flavours in the grapes.

But Kamloops is still considered at cool-climate wine region by world standards, which means evening, spring and fall conditions are fresh, giving grapes, and thus wines, desirable minerality and acidity.

Cabernet Sauvignon is the world’s most popular red wine for a reason.

Vines, which are widely planted in virtually every wine region on the planet, bud late to avoid frost and are resistant to rot and pests.

It produces a thick-skinned grape that translates into concentrated black currant, blackberry, cherry, cedar and mint flavours and aromas in wine.

The wine can be drunk young, or tucked away in the cellar for 10 years to enjoy its complexity in the future.

Bench 1775 Cabernet Sauvignon 2016 ($39) from Naramata is a delicious, classic example of the varietal.

Most people don’t know Cabernet Sauvignon is the unlikely offspring of Cabernet Franc, a red wine grape, and Sauvignon Blanc, a white wine grape, which cross-cultivated by chance in France in the 17th Century.

Bench 1775 also uses 66% Cabernet Sauvignon blended with 34% Syrah in a combination made famous in Australia.

The winery’s 2016 vintage Cab Sauv-Syrah ($22.50) highlights the best of both varietals with a blackberry-cherry-violet-and-pepper profile.

Bench 1775 Cabernet Franc 2016 ($30) exudes plum and raspberry and begs to be paired with pizza or pasta in tomato sauce.

The 2018 Character Red ($19) is an approachable blend of Merlot, Shyrah, Petit Verdot and Malbec that will reward you with plum and blueberry flavours backed by violet, pepper and caramel.

Hester Creek’s Selected Barrels program blends wines made from grapes from a number of the winery’s vineyards to create appealing, approachable vintages.

The Selected Barrels Merlot 2018 ($18) is 100% Merlot, but the fruit came from five different vineyards – three from elsewhere in Oliver and two blocks of Hester Creek’s on the Golden Mile Bench.

The result is a pleasing punch of cherry, plum and vanilla.

The 2017 Reserve Cabernet Franc Block 3 ($26) is made of grapes from 50-year-old vines that are thinned to one bunch per shoot for naturally concentrated and vibrant wine exhibiting raspberry, plum and pepper.

The 2017 Reserve Merlot Block 2 ($26) is made of grapes planted in 1972, resulting in a lush wine brimming with plum, cherry and chocolate.