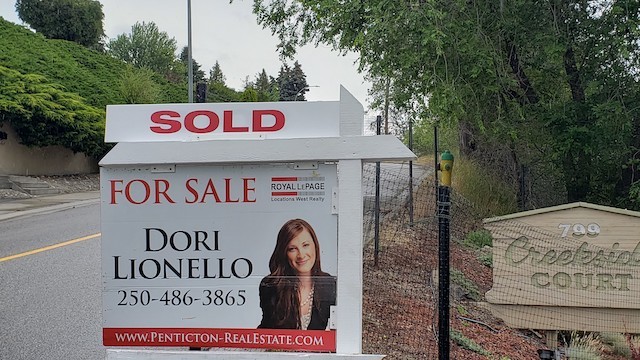 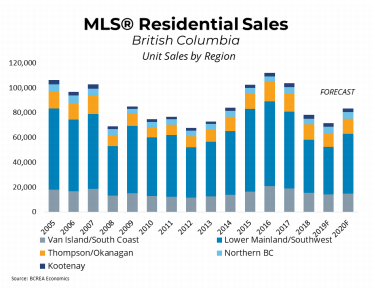 The 10-year average for MLS® residential sales in the province is 84,800 units. The shock to affordability from restrictive mortgage policies, especially the B20 stress test, will continue to limit housing demand in the province this year.

However, a relatively strong economy and favourable demographics are likely creating pent-up demand in the housing market. Despite the policy-led slowdown in housing demand, the BC economy continues to be highly supportive of housing demand. After treading water in 2018, BC employment growth is expected to double to 2.2 per cent this year. In addition, the unemployment rate is forecast to continue its downward trajectory, falling to just 4.3 per cent in 2020, its lowest level in over a decade.

Against this backdrop, population growth fueled by immigration, as well as the millenial generation entering their household-forming years, provides a solid underpinning to housing demand. The inventory of homes for sale has climbed out of a cyclical low, leading to balanced market conditions in many areas and buyer’s market conditions in some communities and across some product types.

This shift in market conditions has enabled many potential home buyers to be sole bidders of the properties of their choice. Current market conditions are expected to provide little upward pressure on home prices this year, with the average annual residential price forecast to remain essentially unchanged, albeit down 2 per cent to $697,000.

Modest improvement in consumer demand is expected to unfold through 2020, with unit sales climbing 15 per cent and the average residential price increasing 4 per cent to $726,000.