“The negative shock to affordability and purchasing power created by the B20 stress test on mortgage borrowers is expected to continue constraining housing demand in the province this year,” said Cameron Muir, BCREA Chief Economist. “Favo

in Okanagan Falls, Kaleden – Build your dream home on this spectacular Bare Land Strata Lot. Located in the prestigious Heritage Hills community on the east side of Skaha Lake. Phenomenal Lake, mountain and vineyard views. Nominal strata fees of $250.00 per year. 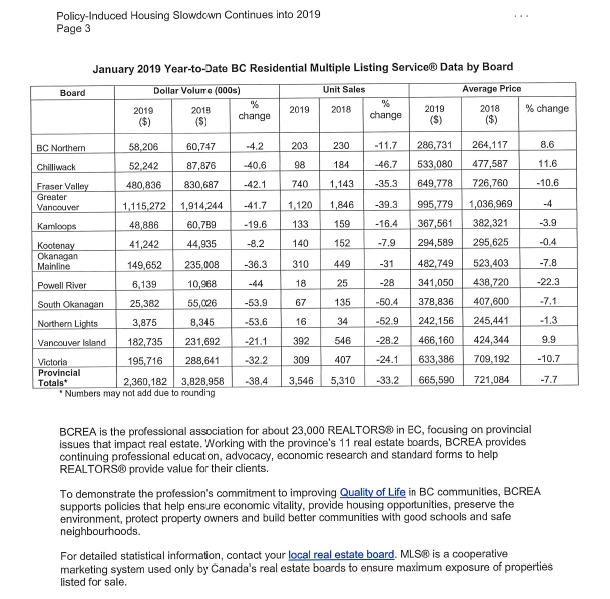 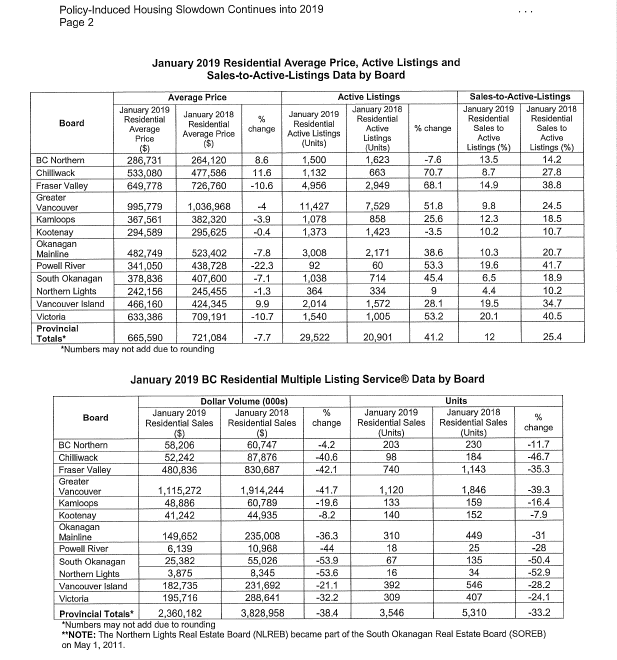 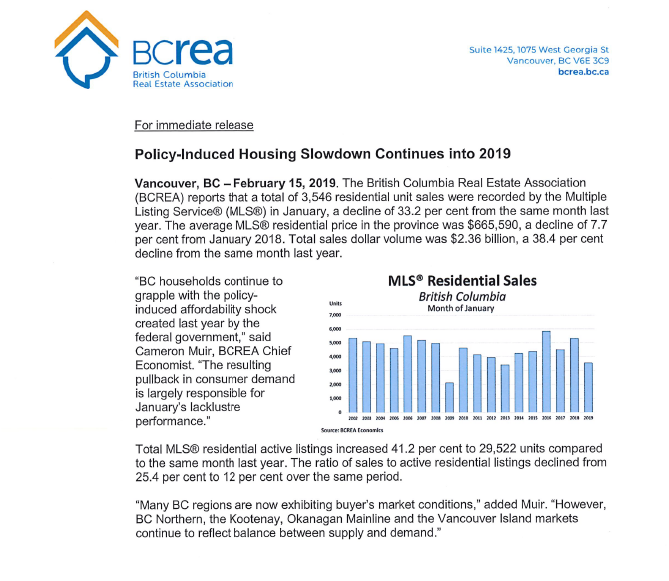 The Latest in Mortgage News – 2019 Forecasts

We’re about to turn the page on what was a challenging year for the mortgage and housing markets. But so far 2019 isn’t looking like it will be much better.That’s according to a slew of forecasts that have been released recently, most of which forecast moderating home sales, falling home prices and weaker economic growth that will lead to interest rates flatlining for much of the year.

Here’s a sampling of some of the latest forecasts on where home sales, prices, and interest rates are headed in the new year and beyond:

The Canadian Real Estate Association is forecasting national home sales to post double-digit declines in 2019, falling to the lowest level in five years.

Despite supportive population growth, the association says much of the headwinds are the result of government policy designed to throw cold water on the housing market.

“While economic and demographic fundamentals remain supportive for housing demand in many parts of the country, policy headwinds together with rising interest rates are limiting access to mortgage financing and negatively impacting homebuyer sentiment,” CREA said in its 2019 forecast.

“At the same time, growth in home prices has slowed sharply in some regions. Indeed, home prices are declining in parts of the country where the supply of homes available for purchase is elevated relative to sales,” it added.

British Columbia and Ontario will account for the lion’s share of the national sales decline in 2018. Alberta, Saskatchewan, Manitoba and Newfoundland and Labrador will also fall to multi-year lows. By contrast, activity remains historically strong in Quebec and in the Maritimes, particularly in New Brunswick.

The Canada Mortgage and Housing Corporation is also predicting a housing slowdown next year, according to its 2018 Housing Market Outlook.

“Our key takeaway from this year’s outlook is moderation in Canada’s housing markets for 2019 into 2020,” said Bob Dugan, CMHC’s Chief Economist. “Housing starts are expected to decline from the higher levels we’ve seen recently. We expect resales in 2019 and 2020 to remain below recent peaks while prices should reach levels that are more in line with economic fundamentals such as income, job, and population growth.”

Falling inflation in both Canada and the U.S., as well as weakening economic forecasts for the year ahead, have led to tempered forecasts for interest rate hikes in 2019.

Just months ago a January hike was all but certain, but the next rate hike is now unlikely until the spring or summer at the earliest, according to rate forecasts.

There are even some, like Capital Economics, who are calling for a rate cut by next December.

“…we think that weak prospects for domestic demand will cause the Bank [of Canada] to remain on hold for most of 2019, before cutting rates at the tail end of next year,” reads the Canada Economic Outlook report.

In the B.C. Real Estate Association’s latest Mortgage Rate Forecast, it forecasts the BoC will be forced to scale back its rate-hike plans, and will now take until 2020 to raise its overnight target rate from the current 1.75% to 2.50%.

“We expect the bank will at most be able to raise its policy rate twice next year, though we are leaning toward a single rate hike as the most likely outcome,” reads the report. “Variable rates may rise modestly with a higher prime rate, while 5-year fixed rates will likely remain relatively flat and may even decline in the first quarter of 2019.” The association foresees the average 5-year fixed rate to drop to 3.64% in the first quarter of 2019, before rising to 3.74% by Q2.

The national housing market will remain in a “correctional cycle,” with home prices rising at a “snail’s pace,” said CEO Phil Soper.

Re/Max’s annual report also expects that first-time buyers will “dominate” the housing market in 2019, with young couples and families focusing on condos and townhomes in the $350,000 to $500,000 price range. 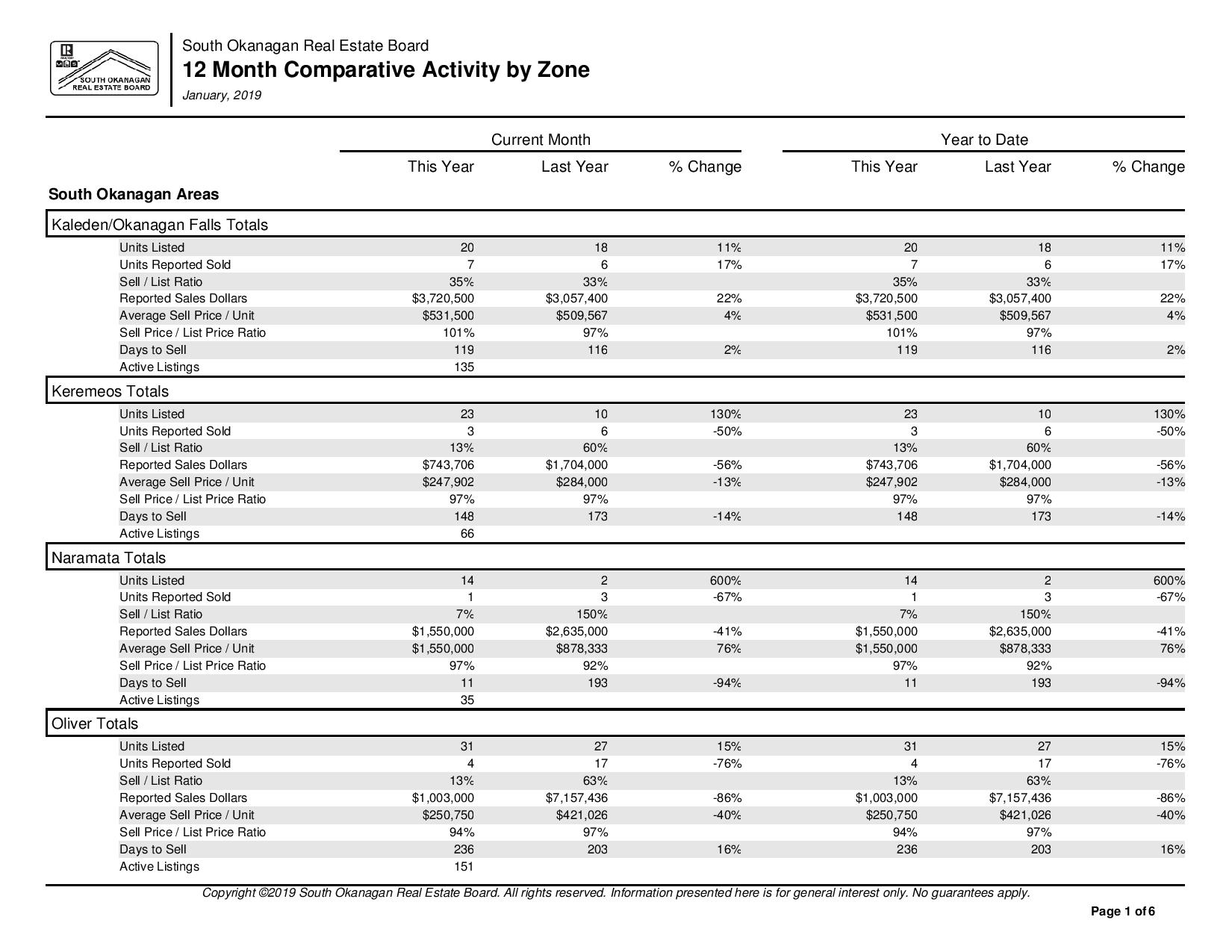 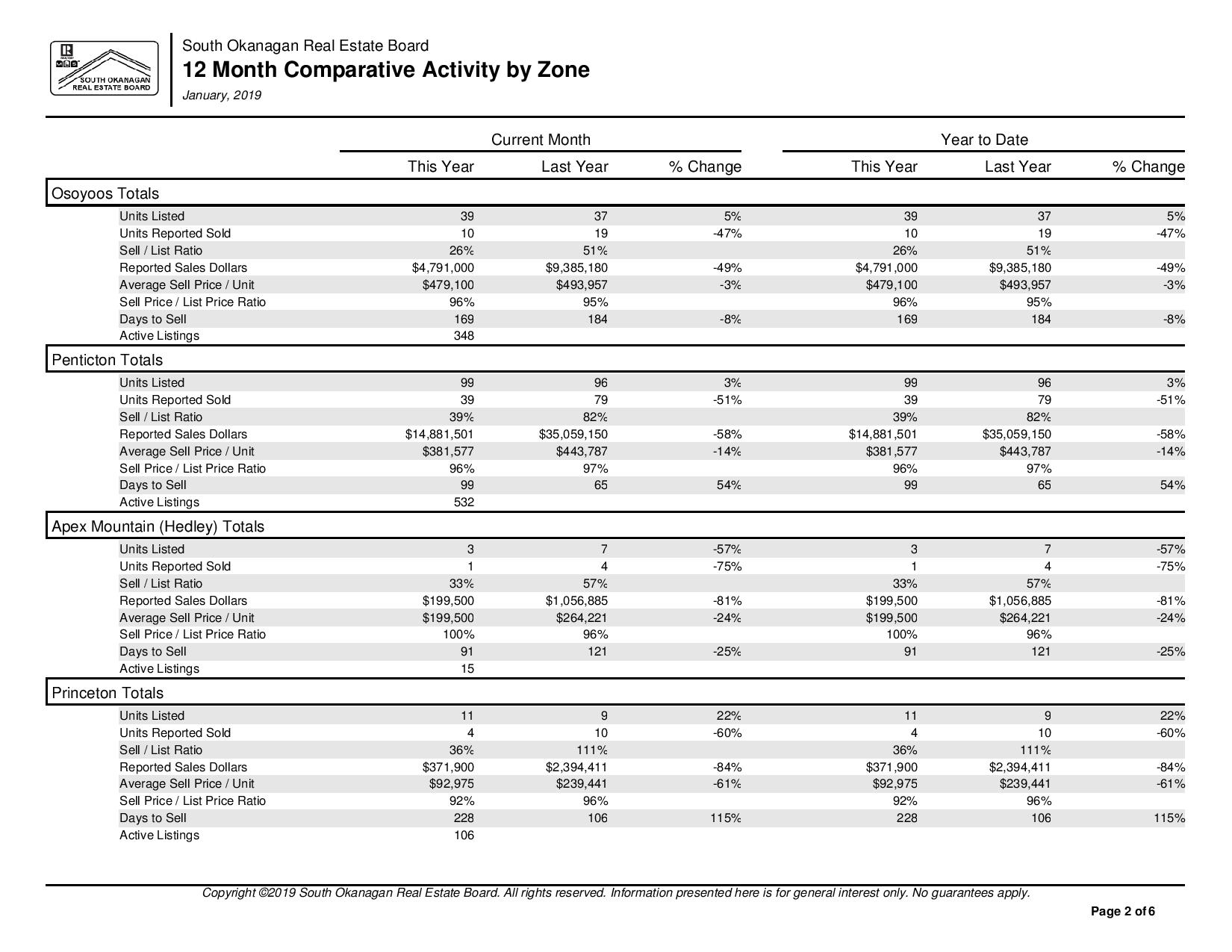 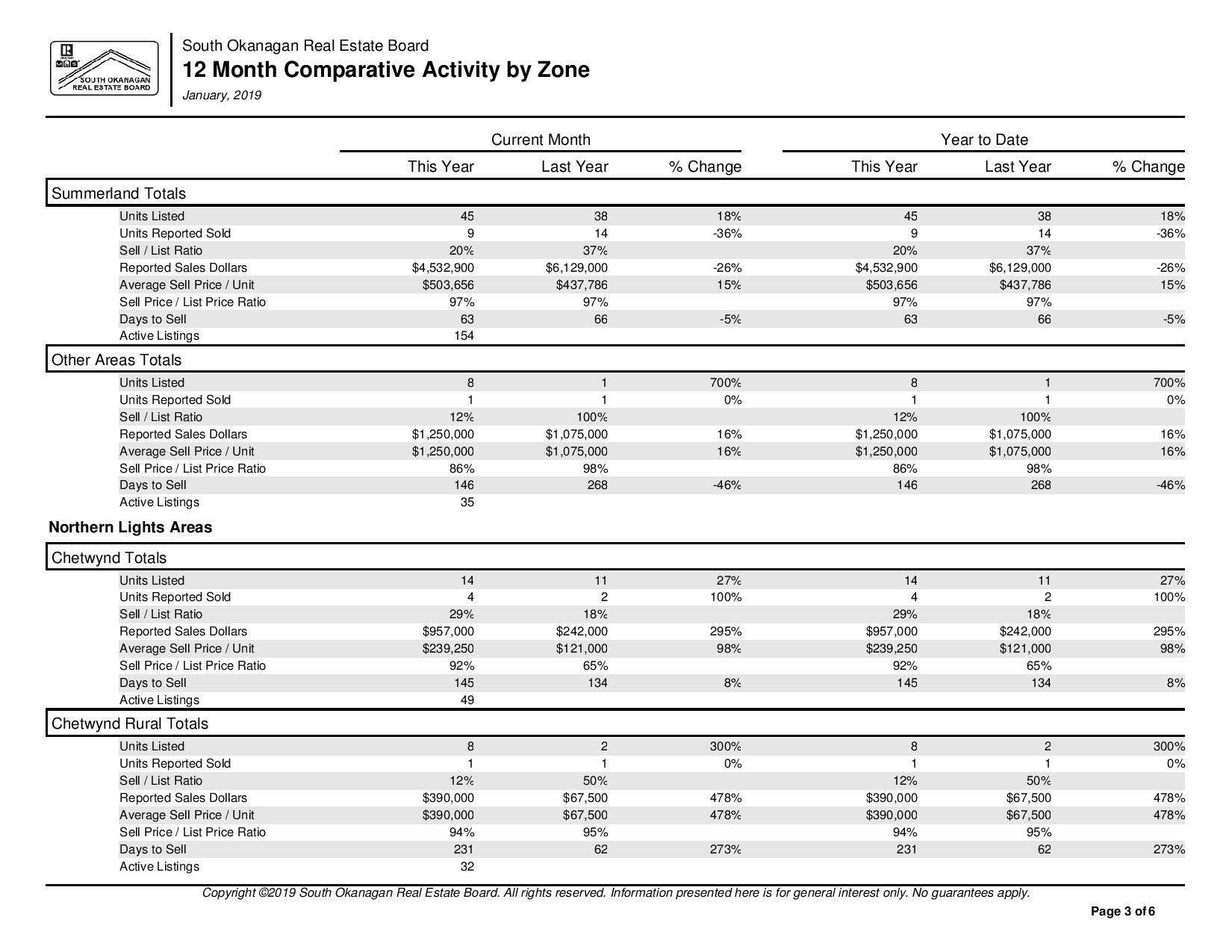 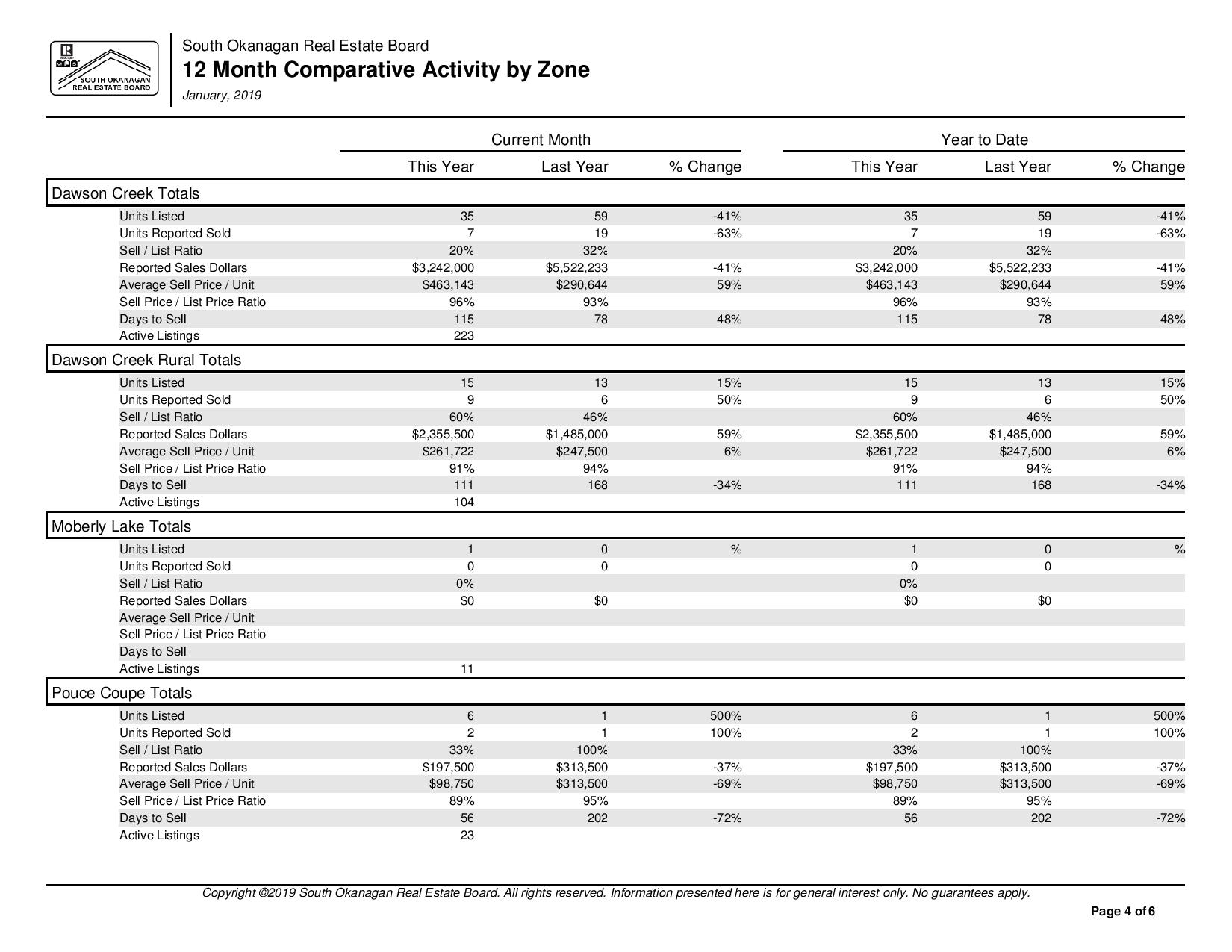 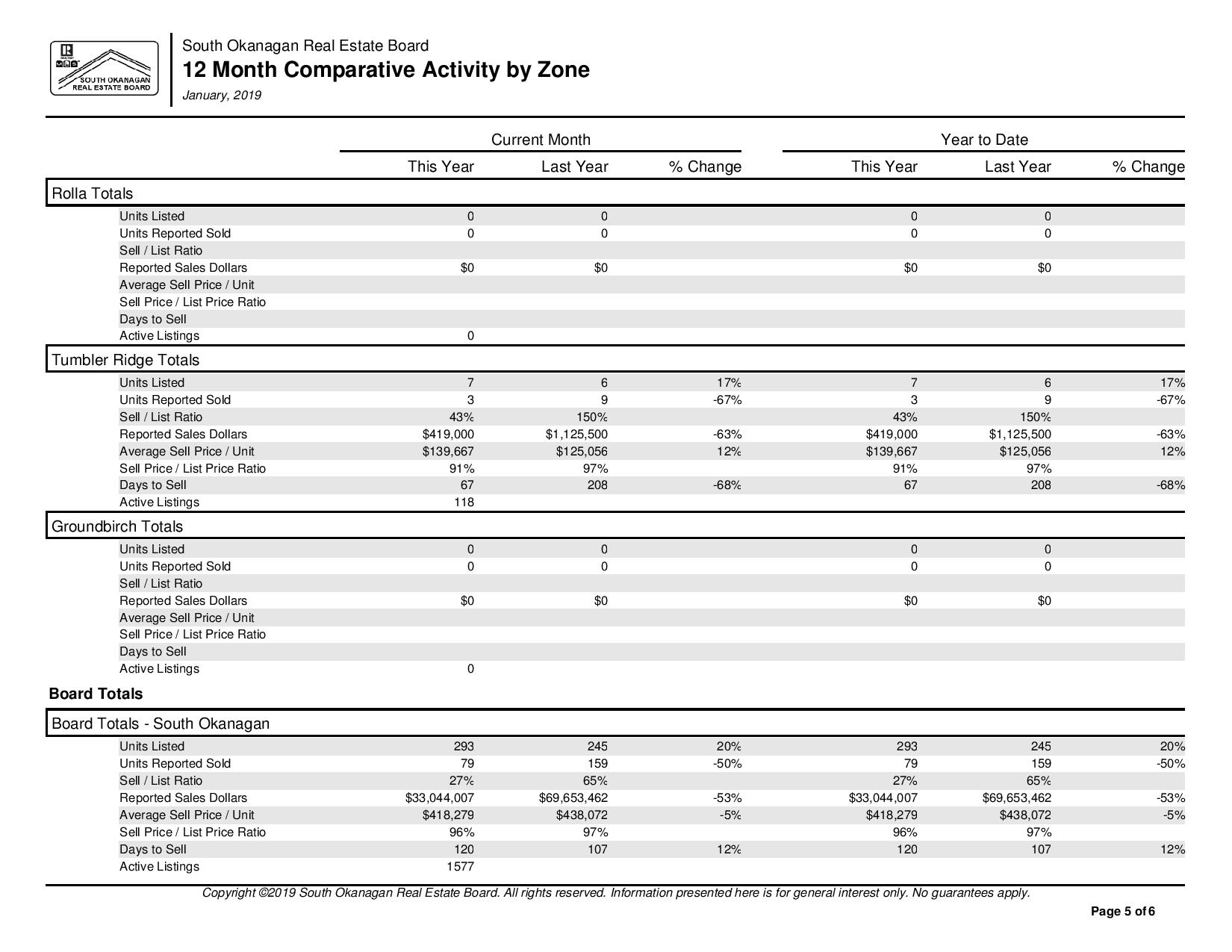 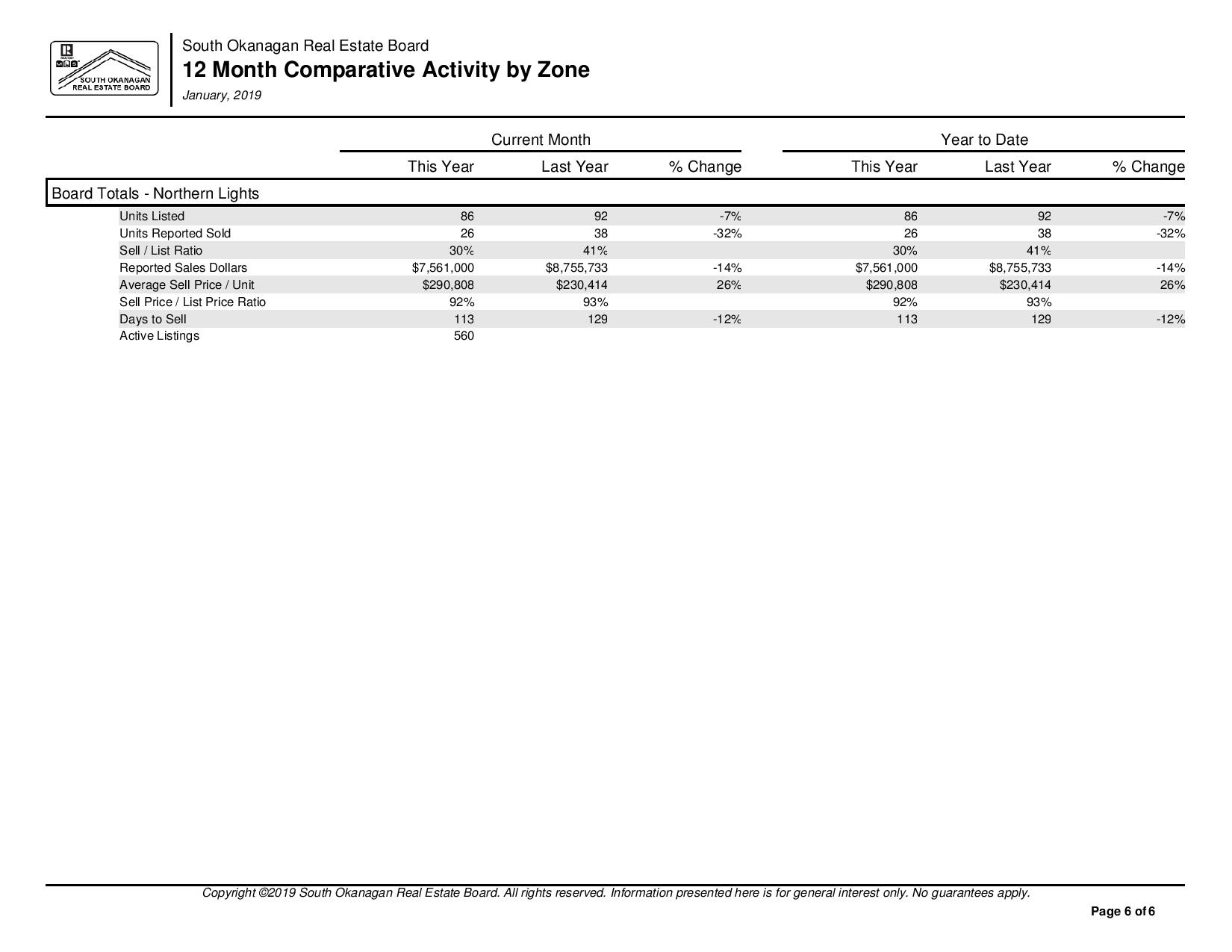 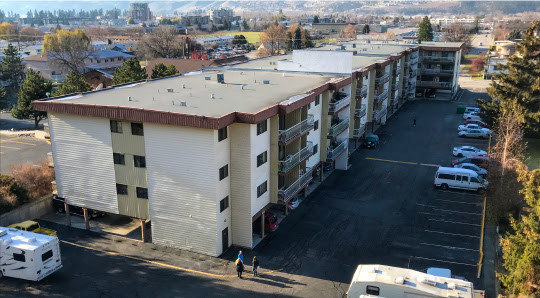 One of Penticton’s larger apartment buildings has been sold to an Ontario company.

Arran House, a 77-unit building built on 1.94 acres at 2902 South Main St., sold for $12 million to Skyline Apartment REIT, which is part of the Skyline Group of Companies based out of Guelph, Ont.

“They own apartment buildings coast to coast.”

For more on this story, visit Okanagan Edge.