Vancouver, BC – December 14, 2018. The British Columbia Real Estate Association (BCREA) reports that a total of 5,179 residential unit sales were recorded by the Multiple Listing Service® (MLS®) across the province in November, down 33.1 per cent from the same month last year. The average MLS® residential price in BC was $718,903, a decline of 1.9 per cent from November 2017. Total sales dollar volume was $3.7 billion, a 34.3 per cent decline from November 2017.

“BC households continue to struggle with the sharp decline in purchasing power caused by the B20 mortgage stress test,” said BCREA Chief Economist. “Most BC regions are now exhibiting relative balance between supply and demand.”

Total active residential listings were up nearly 31 per cent to 33,500 units in November, compared to the same month last year. However, it should be noted that this compares to 2017, when active listings for the month of November were at their lowest level in more than 15 years. 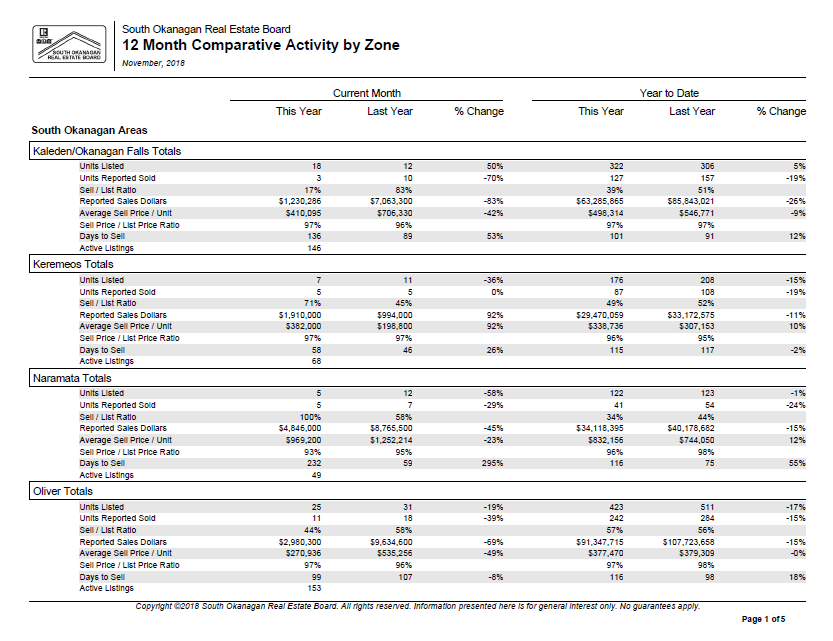 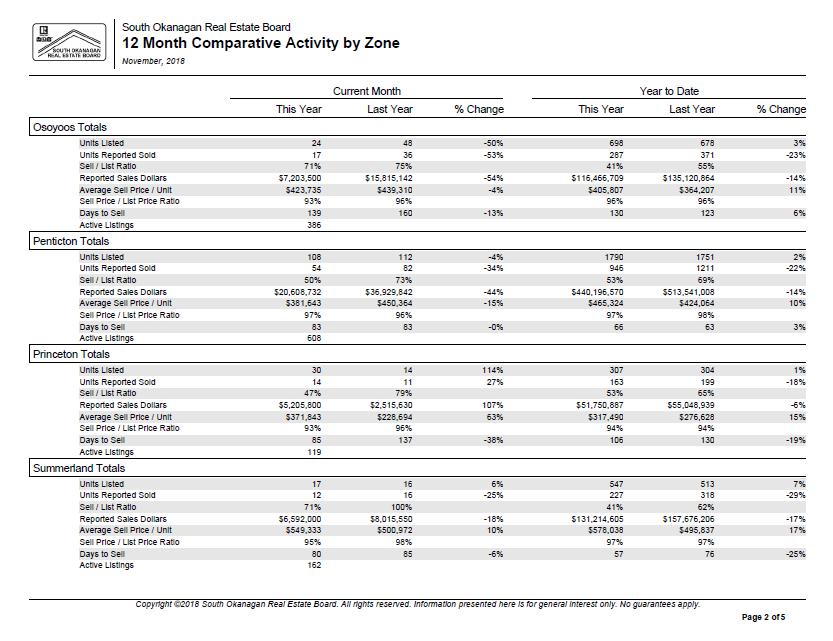 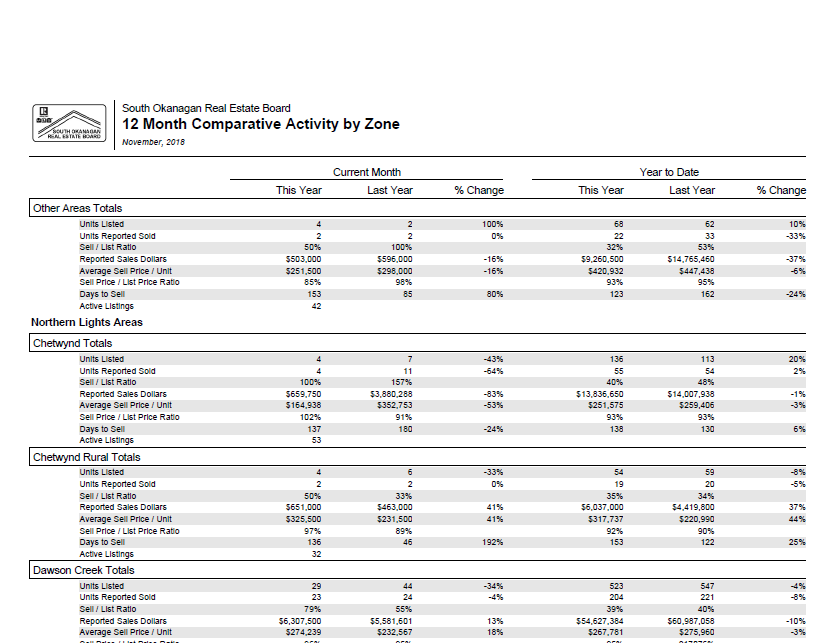 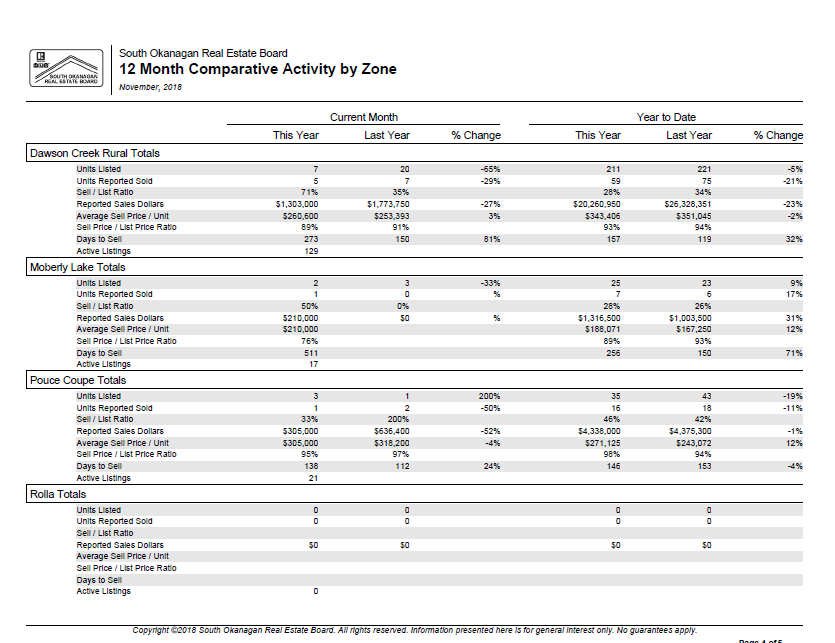 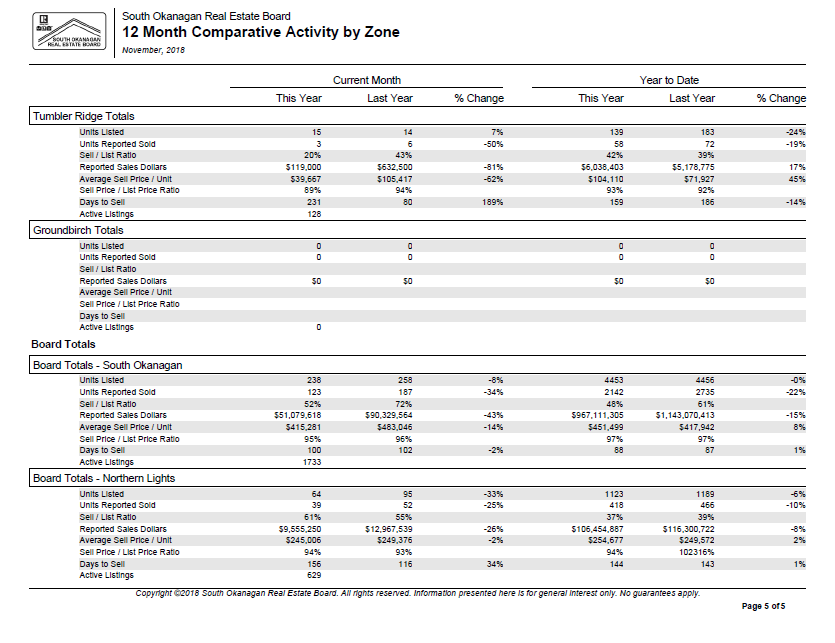