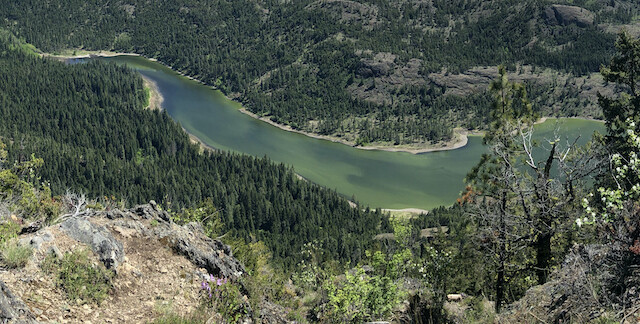 Photo: Colin Dacre
An algal bloom in the Rose Valley Reservoir has prompted a boil water advisory in West Kelowna.

A Water Quality Advisory has been issued for the Lakeview/Rose Valley Water System, due to higher than normal turbidity in the Rose Valley Reservoir.

The advisory, issued by the City of West Kelowna in consultation with Interior Health Authority, is effective immediately until further notice, and is in addition to the ones issued in the West Kelowna Estates and Sunnyside/Pritchard Systems.

“According to the City’s Reservoir Consultant, an algal bloom, that is not harmful to human health, is causing the turbidity, which may affect the performance of the chlorine disinfection process,” reads the City’s announcement.

“Increased turbidity can mean bacteria, viruses and microorganisms can attach themselves to the suspended particles in the turbid water. These particles can interfere with disinfection by shielding the microorganisms from the chlorine.”

Children, the elderly and those with weakened immunity must use water brought to a rolling boil for a minimum of one minute, or seek an alternative safe source, for drinking, brushing teeth, washing or preparing food, making baby formula and ice.

Asafe alternate water source is available at the bulk filling station at Shannon Lake and Asquith Roads, and the tap is located on the Asquith Road side. Water is free throughout the duration of Water Quality Advisories and residents must bring their own clean bottles for filling.

To keep in line with COVID-19 social distancing recommendations, crews have installed a touch-free system for filling bottles. Residents using the facility are asked to wash hands regularly, avoid touching their faces and maintain a two meter distance between themselves and other users.

All three advisories will remain in effect until further notice. Residents will be notified when the advisory ends through the media, via the City’s eNotification system, social media platforms and website.

To determine if you are in the Lakeview/Rose Valley, West Kelowna Estates or Sunnyside/Pritchard Water Systems, view the Water Quality Advisory Map on the City’s website. 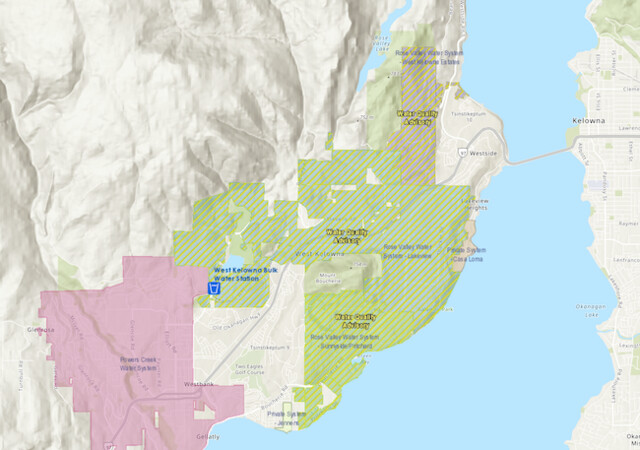