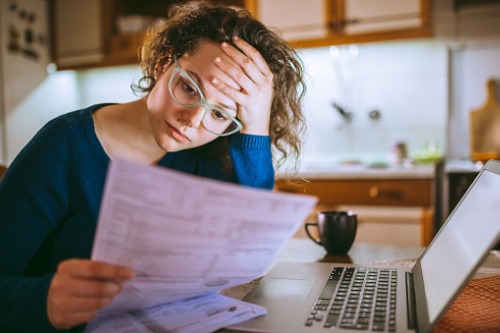 We are still relatively early in the coronavirus crisis but already many people are missin payments.

A new report from insolvency practitioners Bromwich+Smith with Leger Research has found that 49% of households in Ontario and Alberta, and more than half in British Columbians, have suffered an immediate income reduction since the crisis began.

The share of households who reported already falling behind with payments on credit cards, utilities, or telecoms is 24% in Alberta, and 19% in Ontario and BC.

“The results are quite staggering really. Of course, we get a sense of what is happening when we read the news, but the survey results make it far more real having interviewed 750 people across BC, Alberta and Ontario,” says David de Lange, Senior Vice President of Leger Research.

Getting help
Most of those struggling will reach out for help from the federal and provincial governments but almost a quarter of respondents said they didn’t know how they would adjust to a reduction in income.

Bromwich+Smith advises that getting government help is a good first step for those that cannot pay their debts followed by asking their mortgage lender to see if a deferral could work for them or call a licensed insolvency trustee to understand if restructuring debts makes sense for their current state.